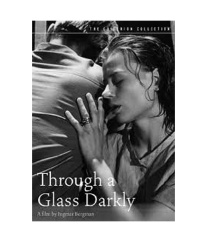 I CAME ACROSS TIME FOR YOU SARAH…MY FAVOURITE FILMS

I’m not a film buff so this is a list of the films which I would watch while loafing on the sofa with a bottle of red wine and a big bag of Kettle crisps. Guilty pleasures. What’s that? No, not those kind of pleasures. I give up.

The Terminator. The perfect thriller? Pace, music, humour. A terrifying cyborg, half man half robot, comes back through time from the future to murder Sarah Connor, a humble waitress in 80s LA, before she can have the baby who will grow up to be the saviour of mankind. Rees is sent back to save her and fathers the baby himself before he dies. Not sure if Stephen Hawking would approve. A few quotes.

‘I came across time for you, Sarah. I’ve always loved you.’ Surely one of the most romantic lines ever? He didn’t come across a country, a continent, a world, for her. He came across time.

‘I need your clothes, your boots and the keys to your motor-cycle,’ Perfectly reasonable request. What’s your problem?

‘Fxxk, you ass-hole!’ says the cyborg after checking ‘suitable responses 1980s LA’ on his onboard computer. On occasion this would be a suitable reply for Liverpool 2014. Whether it would be wise or not would depend on the circumstances.

Chinatown A wonderful film, used as a model by Robert McKee author of Story, his manual for budding film script-writers, but which also has many lessons for fiction writers.

Through a Glass Darkly Bergman’s classic with its spine-chilling finale. I saw this many years ago as a teenager and forgot about it, though its images continued to haunt me. I rediscovered it recently.

Manhunter A 1986 movie directed by Michael Mann and based on Thomas Harris’s novel Red Dragon (Harris also wrote Silence Of The Lambs). A serial killer who murders whole families is on the loose and only Will Graham can stop him. He must give up his idyllic retirement on the beach with his girl friend and her son and enter the monster’s mind by thinking like him. With the obvious threat to his own sanity. Brian Cox makes a much more sinister Hannibal Lecktor than Anthony Hopkins. The movie is remarkable for its camerawork and soundtrack. Apparently the latter is ‘diegetic’, a new word for me. It means ‘narration of the facts’ ie ‘tell it like it is’. The musical backing to the final scene is Iron Butterfly’s ‘In-A-Gadda-Da-Vida’ (sic). They were an incredibly popular West Coast band in the 70s. The story is that a technician who was probably pissed or spaced out on drugs misheard the original title ‘In the Garden of Eden’. Seen some criticism that tracks like this date the movie. But the point is that the killer likes it. Stroke of genius.

Point Blank This movie is based on Richard Stark’s novel which is worth tracking down. The movie is fast-paced and Lee Marvin is perfectly cast as ‘Walker’ the hood who wants the money he reckons the mob owes him. The film is true to the original apart from ‘Walker’ originally being ‘Parker’. Probably because the director makes effective use of ‘Walker’s’ footsteps echoing down empty corridors in the film.

3.10 to Yuma A classic 1957 western based on an Elmore Leonard story. I am not talking about remakes here. I’m talking about Glen Ford and Van Heflin. The movie is different to most westerns in that the protagonist, the desperate ‘sodbuster’ played by Van Heflin, is almost overcome by inner conflicts including problems with his marriage. Also, the villain, Glen Ford, is almost a ‘good guy’. Stark black and white photography and drought/rain used as a dramatic element borrowed from classical myth all contribute to a wonderful movie.